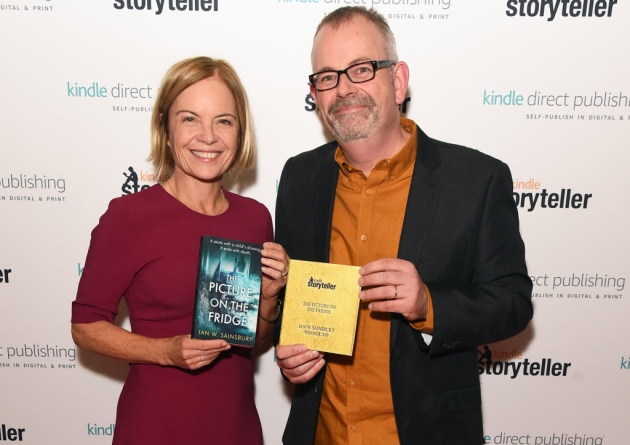 The £20,000 Kindle Storyteller Award 2019 has been won by Ian W Sainsbury’s psychological thriller The Picture on the Fridge.

The author has only been writing and self-publishing for a few years and this is his first book in the thriller genre but he’s been very successful in the science fiction/fantasy field with two series of books — Halfhero and The World Walker.

Before becoming an author, he had a colourful career as a musician with a band which played music for an act of monkeys riding pigs before moving on to become a piano player on cruise ships and then working as a stand-up comedian.

Sainsbury says, ‘It’s an amazing feeling. I love and appreciate all the feedback I get from my readers, but this recognition from my peers is an entirely different level.

‘To know I was chosen out of thousands is incredible and I was in such great company in the shortlist.‘

As well as the £20,000, Sainsbury will get a marketing campaign to support the book on Amazon.co.uk, and the opportunity to have his book translated.

The finalists and winning titles from all six Kindle literary awards around the world will also be evaluated by a panel of experts from Amazon International Originals, and one will be selected to work with Amazon Studios to have their entry developed for potential adaptation into a Prime Video production.

The shortlist for the Kindle UK Storyteller Award 2019 was: