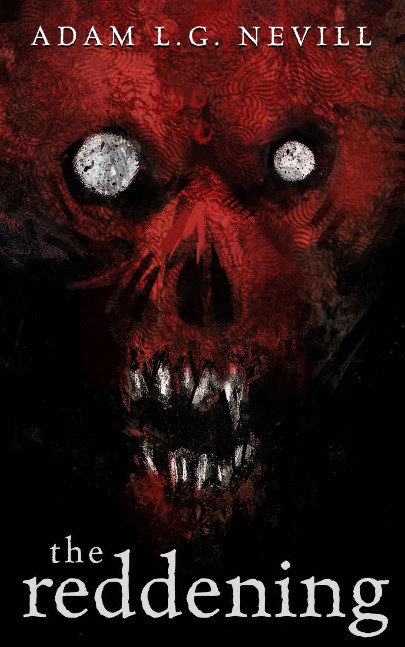 Leading horror writer Adam Nevill has self-published his new novel, The Reddening, after realising the potential of being able to reach a worldwide audience of horror fans from day one of publication rather than relying on international rights deals.

This is the first novel to be released on Nevill’s own publishing imprint, Ritual Limited, although he has previously self-published some shorter books. He has had eight novels traditionally published, mainly by Pan Macmillan, which is reckoned to be the fourth-biggest book publisher in the UK.

In an interview with the terrific cultural website The Quietus, Nevill reveals why he moved from trad to indie. He says, ‘My reasons to go indie on this book were ultimately an equal split between aesthetic and commercial reasons and frustrations.

‘I’ve not been feeling the love for horror from trad publishing for a few years now. Editorial direction is mostly all about the grip-lit thriller, crime, mystery, suspense, epic fantasy, etc, but I write supernatural horror and it takes me a long time to research, write and rewrite a book.

‘Through the publication of my two collections, via my own imprint that I set up for short stories, novellas and free books, I realised how large the “niche” readership of horror is when viewed internationally.

‘My readership is an international horror readership and that horror nation is substantial when viewed globally. A UK publisher will publish me in the UK with a catch-all cover, and hope to sell foreign rights in various territories. I only have four out of nine novels in US editions. But through my own imprint, there is one international edition available worldwide, same day, in a choice of formats.

‘So, by going indie, my potential readership isn’t choked at birth, and I am reaching far more readers than I can through trad published books in the UK. It just makes sense to go indie right now, if I want this book to be read widely.’

However, he also points out the drawbacks, saying indie publishing is time-consuming and that while he enjoys being entrepreneurial he is concerned about his capacity to keep publishing books as well as writing new books and working on films.

The early indications are that The Reddening is doing well in sales terms as it’s around the top 1,000 on overall ebook sales on Amazon.co.uk site and in the top 3,000 on Amazon.com. The book is priced for sale at £3.99 in the UK and $4.99 in the US and is also available through Kindle Unlimited. There are print editions and audiobooks available and Adam Nevill has got some great early reviews, including one hailing the book as ‘the best horror novel of 2019’.

You can read the full interview with Adam Nevill at The Quietus, which is a brilliant website covering a wide range of culture, including books, music and art.