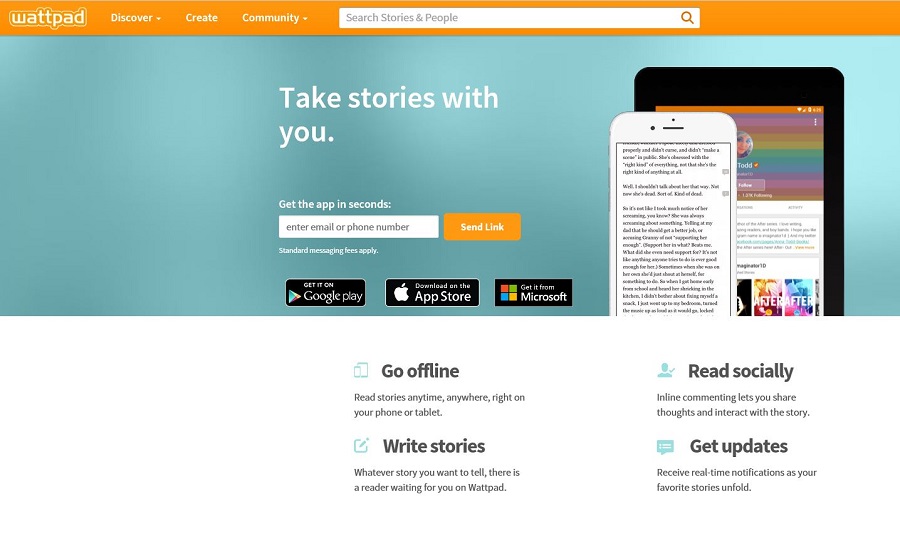 Story site Wattpad has launched a new program which aims to help writers earn money through advertising and says a test run has already seen authors earning $1,000 a month, with some making nearly $2,000.

Wattpad Futures will place ads between chapters of their stories on the website and the writers will get an unspecified amount of the income according to ad views.

The invitation-only scheme is not open to all Wattpad writers but the company claims it will be offered to a wide range of writers on the site.

Wattpad Co-Founder and CEO Allen Lau says, “The dynamic Wattpad community is unlike any other social platform. It’s the interconnected community of storytellers and audiences that makes the Wattpad Futures program a viable income source for writers. Readers have always encouraged their favorite storytellers with messages, comments, and votes. Now they can support Wattpad writers in a way that increases the writer’s income, without having to pay out of pocket.”

The program aims to allow advertisers to connect with millions of engaged, mobile-first millennials and members of Generation Z in the global Wattpad community.

The firm says in-story ads will be placed strategically in chapter breaks of some of the most popular stories on the platform to optimize reader engagement and meet advertisers’ brand objectives, including views, clicks, awareness, and favorability.

Wattpad claims to now have a ‘community’ of more than 45 million people and the Futures program is an addition to the existing tools, programs, and unique paths to monetization for online writers such as Brand Stories and Wattpad Stars.

Toronto-based Wattpad has a very substantial youthful demographic but also has a wide range of indie authors and well known writers, including Margaret Atwood, who is a Wattpad enthusiast and published work on the site.

The company has attracted publishers who see the site as an opportunity to market their books to a worldwide audience. Publishers also trawl the site in search of new talent to sign up.

Writers post stories on the website while other users can read the stories and offer comments. Writers use the site as a testing ground to gauge response to new works and some authors have built up huge fan bases.

The site was set up in 2006 but has grown particularly strongly in the last few years since the mobile app revolution, with around 70% of users reckoned to be accessing Wattpad on mobile devices. In 2014, CEO Allen Lau said the company had not even started on any form of monetization yet and added he had ambitious plans to build the site up.

How Wattpad success can bring a publishing deal