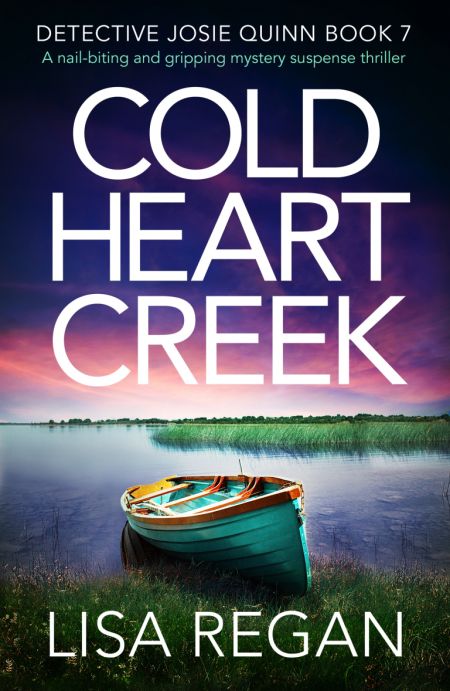 Best-selling crime thiller author Lisa Regan has signed a new deal with her publisher Bookouture which covers eight new books in her Detective Josie Quinn series to be published at the rate of three a year.

Bookouture started publishing Regan in 2018 with two three-book deals which have now seen more than one million sales of the first six Quinn books in under two years.

The seventh book in the series, Cold Heart Creek is being published this month. The novels are largely set in the small US city of Denton and the first book, Vanishing Girls, has sold over 280,000 copies across all formats since it was published in January 2018. It was published in the US in trade paperback in November in a partnership deal  with Grand Central Publishing, and translation rights have sold in a major deal in Germany.

Lisa Regan is the epitome of a hybrid author as she started out self-publishing thrillers and was then published by Amazon’s crime fiction Thomas & Mercer before moving on to Bookouture.

Bookouture is a UK-based firm which started out as an independent and became a publishing phenomenon with its digital book marketing expertise and was bought out by publishing giant Hachette in 2017.

The company’s standard digital royalty rate for authors is 45% of net receipts, which is a much higher level than the 25% generally on offer for ebook from traditional publishers.

Bookouture associate publisher Jessie Botterill says, ‘Lisa is insanely hard-working, dedicated, commercially savvy, creative and hugely talented. She deserves every moment of the incredible success she’s had so far, and nothing makes me happier than the idea of many more years working with her on this outstanding series.’

Lisa Regan says, ‘The success of the Josie Quinn series has been beyond my wildest dreams. I’m so grateful to the loyal and passionate readers who have kept the series going strong. Working with Bookouture has been one of the most amazing, fulfilling, and fun experiences of my life.’

The company accepts submissions and is particularly interested in full-length commercial fiction. If you’re interested in making a submission, you can find more details on this link to the Bookouture website.

Bookouture sees huge rise in ebook sales to 2.47 million in 2015

Bookouture sees huge rise in ebook sales to 2.47 million in 2015